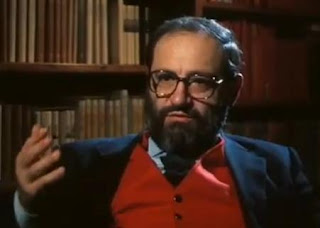 In Foucault's Pendulum, the late Umberto Eco created an editor's ultimate fantasy when he had one of his characters imagine working with Shakespeare:


[Editor:] “I’ve looked at your work. Not bad. It has tension, imagination. Is this the first piece you’ve written?”

[Shakespeare:] “No. I wrote another tragedy. It’s the story of two lovers in Verona who—”

“Let’s talk about this piece first, Mr. S. I was wondering why you set it in France. May I suggest—Denmark? It wouldn’t require much work. If you just change two or three names, and turn the château of Châlons-sur-Marne into, say, the castle of Elsinore . . . In a Nordic, Protestant atmosphere, in the shadow of Kierkegaard, so to speak, all these existential overtones . . .”

“I think I am. The work might need a little touching up stylistically. Nothing drastic; the barber’s snips before he holds up the mirror for you, so to speak. The father’s ghost, for example. Why at the end? I’d put him at the beginning. That way the father’s warning helps motivate the young prince’s behavior, and it establishes the conflict with the mother.’’

“Hmm, good idea. I’d only have to move one scene.”

“Exactly. Now, style. This passage here, where the prince turns to the audience and begins his monologue on action and inaction. It’s a nice speech, but he doesn’t sound, well, troubled enough. 'To act or not to act? This is my problem.' I would say not 'my problem' but 'the question.' 'That is the question.' You see what I mean? It’s not so much his individual problem as it is the whole question of existence. The question whether to be or not to be . . ."