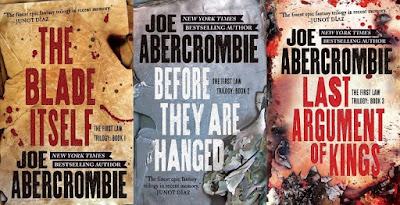 I gobbled up a huge amount of science fiction and fantasy when I was a kid, but had largely stopped reading it by the time I went to college. Though I still read SF&F by "literary" writers, for years I didn't read anything that might be found in a bookstore's science-fiction-and-fantasy section. I even sold my collection of SF&F paperbacks, something I regret, much as Ray Bradbury regretted selling his collection of Buck Rogers comics.

About fifteen years ago, I began reading science fiction and fantasy again. I'm not sure why. Perhaps what happened to me was what C. S. Lewis told his goddaughter might happen to her—I became "old enough to start reading fairy tales again" (dedication in The Lion, the Witch, and the Wardrobe). Or perhaps I was inspired by reading fantasy children's books aloud to my daughters (the greatest reading experience of my life). Or perhaps the change came when, prompted by good reviews, I read Susanna Clarke's J…
1 comment
Read more 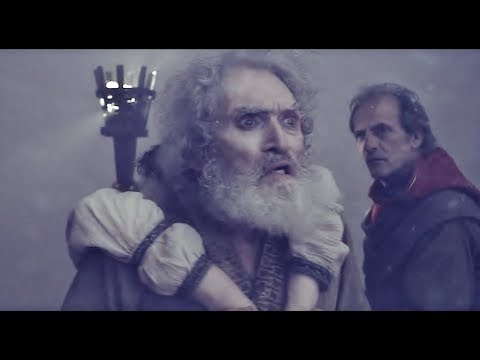 Alexander Barnett's King Lear, which was released worldwide in October, is also available in a fifteen-episode version on Vimeo. 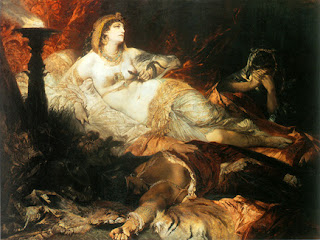 One of my tweeps, Andy McLean, is compiling a list of “Shakespeare’s Gr…
2 comments
Read more 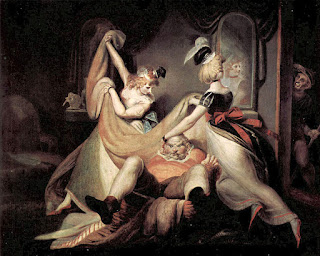 "If I be served such another trick, I'll have my brains ta'en out and buttered, and give them to a dog for a New Year's gift."
Falstaff in The Merry Wives of Windsor (3.5).
Post a Comment
Read more

Adam West's Batman Was a Bardophile 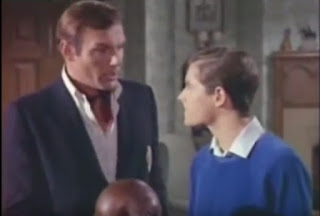 A bust of Shakespeare in Bruce Wayne's library played a crucial role on every episode of the 1960s Batman TV show, with the now deceased Adam West.

After getting a call for help from Commissioner Gordon, millionaire playboy Bruce Wayne would tell his young ward Dick Grayson, "To the batpoles!" Wayne or Grayson would pull back Shakespeare's bust and flip the switch that made a bookcase slide away, revealing the batpoles. They would then jump on the poles and slide to the batcave, changing their outfits en route.

You Might Have an Atom of Shakespeare Inside You 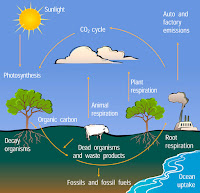 A Washington Post reader recently asked science writer Sara Kaplan if he might have an atom of Shakespeare inside him. Kaplan provided this answer with help from chemist Suzanne Bell. A carbon atom that started out inside a star might, in 1616, end up in a carrot in Stratford-upon-Avon:
The carrot got eaten by an ailing William Shakespeare. When Shakespeare died shortly afterward, the carbon was buried beneath Holy Trinity Church along with the man’s body. It continued to move through the carbon cycle — air, plant, animal, earth, air again — and yes, maybe, it then drifted across the Atlantic, got bound up in a plant and was eventually eaten by [a Washington Post reader in 2016].  Hamlet speculates in a similar manner when he tells Claudius that a king may make a royal tour of beggar's guts since the beggar "may fish with the worm that hath eat of a king, and eat of the fish that hath fed of that worm."
Post a Comment
Read more

Design for a Post-Apocalyptic Shakespeare Theater 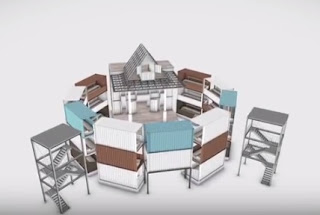 In the post-apocalyptic world of Emily St. John Mandel's Station Eleven, a Shakespeare troupe wanders around Lake Michigan. If they were wandering northern California instead, they could stop in Oakland and use shipping containers to set up a permanent theater.

Here's a video about the perfect design, by Angus Vail: