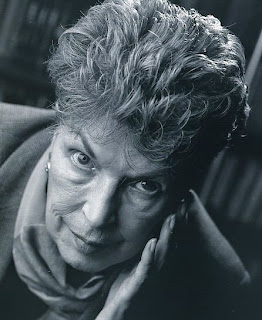 In an interview with Diana Cooper-Clark, Ruth Rendell, one of the world's greatest crime writers, talked about how Shakespeare influenced her. She said that Antony and Cleopatra was her favorite play:


There are more quotes from that play than any other in my books. That love affair has influenced the relationships of my characters more than any other, such as in the novels Shake Hands Forever and Make Death Love Me. As a matter of fact, “Make death love me” is a quote from Antony and Cleopatra. This is a love affair between people no longer young; it is a destructive relationship. In Make Death Love Me, that love affair comes to nothing because it is doomed from the start.


King Lear was also an influence:


I . . . think a lot about King Lear. The title of my last novel, The Lake of Darkness, was taken from that play. I really do think about Lear when I write about middle-aged children with their older parents. It is not fortuitous. It is a common theme and I use it a lot such as in A Sleeping Life. These children will reject their parents, will want to dispose of them.


I tried to create a Cordelia character, Una, in Make Death Love Me, a truly virtuous, yet interesting, character. Also, the character of Enobarbus in Antony and Cleopatra, noble yet capable of treachery parallels my character in A Sleeping Life.

When Cooper-Clark suggested that "Macbeth, a play of murder, fear, betrayal and remorse, would seem a more obvious influence on a writer of mysteries," Rendell said that though she liked Macbeth, it wasn't as important to her as Lear and Antony and Cleopatra.
Email Post
Labels: Antony and Cleopatra King Lear