Entertainment Weekly has posted a clip from the new Cymbeline movie. Ethan Hawke's Iachimo finishes telling Dakota Johnson's Imogen of her husband's infidelities, and then suggests that she get revenge by sleeping with him.


IACHIMO . . . [D]iseased ventures
. . . [and] such boiled stuff
As well might poison poison! Be revenged
Or she that bore you was no queen, and you
Recoil from your great stock.
IMOGEN Revenged!
How should I be revenged? If this be true—
. . . How should I be revenged?
IACHIMO . . . I dedicate myself to your sweet pleasure,
More noble than that runagate [from] your bed,
And will continue fast to your affection,
. . . Let me my service tender on your lips.

Imogen rejects him and says she will tell her father what he's done:


IMOGEN . . . I do condemn mine ears that have
So long attended thee. . . . Pisanio!
The king my father shall be made acquainted
Of thy assault [and] if he shall think it fit,
A saucy stranger in his court
. . . to expound
His beastly mind to us, [then] he hath a court
He little cares for and a daughter who
He not respects at all.

At this point, Ethan Hawke's Iachimo claps, preparing to say that he was just testing her. 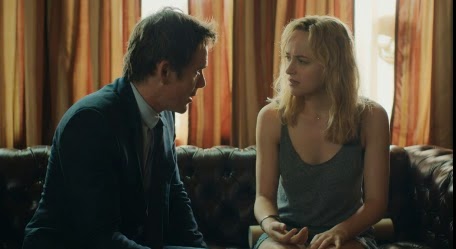 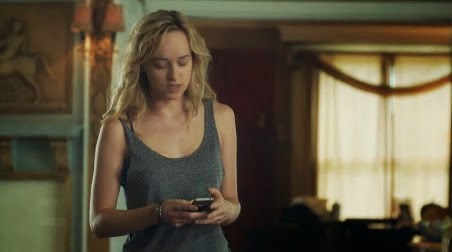 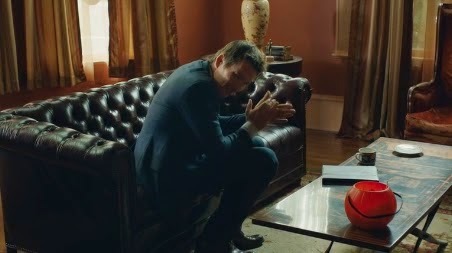