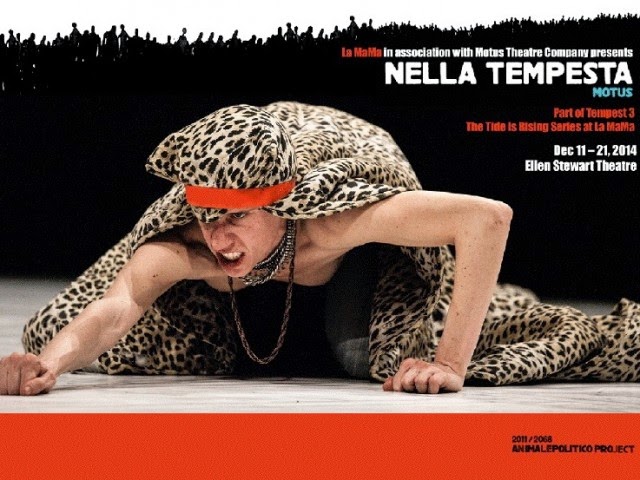 In today's New York Times, Ben Brantley raves about a radical revision of The Tempest by "the most truly revolutionary troupe in town," the Italian Motus Theater Company:


Motus is . . . channeling the pent-up lifeblood of two slaves out of Shakespeare’s “The Tempest,” chafing at their bondage to an imperial magician named Prospero.

Ariel and Caliban, unite! You have nothing to lose but your chains.

“Nella Tempesta,” which runs through Sunday at the Ellen Stewart Theater at La MaMa, is a full-throated cry to the young and disaffected to get off their collective duffs, shake off their shackles and do something. Conceived and directed by Daniela Nicolò and Enrico Casagrande, this production turns a cast of six and an assortment of blankets into an 80-minute youthquake that seems likely to leave even cynical audience members shaken and stirred.