Prince Oberyn and Nora Montgomery in Much Ado About Nothing 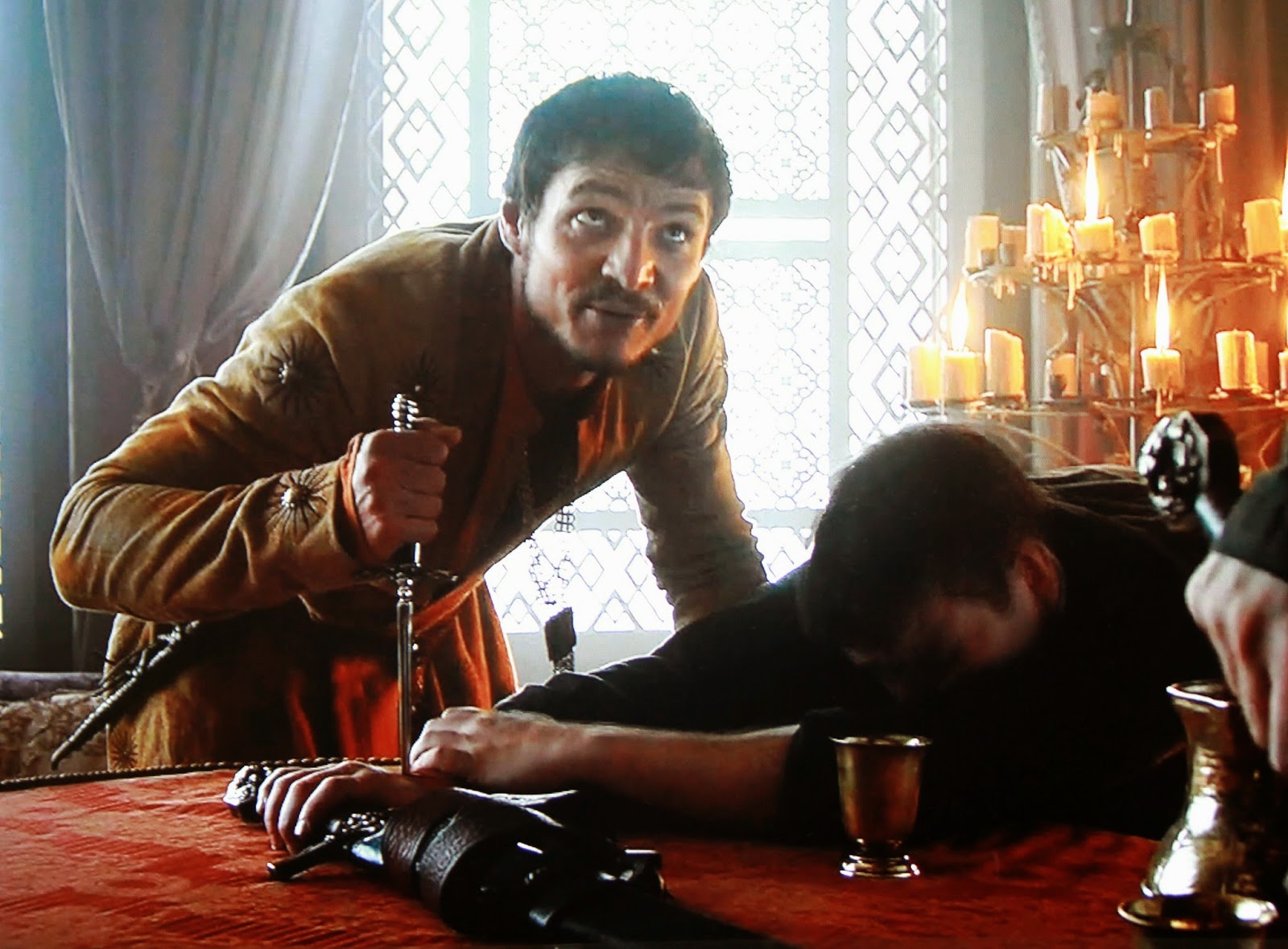 Playbill reports that Pedro Pascal—Prince Oberyn from Game of Thrones—will play the villain Don John in this summer's Shakespeare in the Park (NYC) production of Much Ado About Nothing.

Lily Rabe, American Horror Story's Nora Montgomery, will play Beatrice. Rabe previously played Portia and Rosalind in Shakespeare in the Park productions of The Merchant of Venice and As You Like It.

October 20, 2014
Though Hamlet's "To be or not to be" speech is his fourth soliloquy, many websites call it his third. They're skipping the twenty-line speech that follows his interview with the Ghost, which in my view is a particularly bad mistake since Hamlet's monomaniacal vow there is at the heart of his tragedy. The internet's cosmic sinkhole of misinformation will never be filled, but it's worth throwing some dirt in when we can, so here's an accurate list of Hamlet's soliloquies, with a short description of where they occur and what they say, along with a few observations.
2 comments
Read more

February 04, 2015
Who does it best? Leonard Whiting and Olivia Hussey in Franco Zefirelli's 1968 film: Leslie Howard and Norma Shearer in George Cukor's 1936 version: Margot Fonteyn and Rudolf Nureyev in a 1966 performance of the balcony scene from Sergei Prokofiev's ballet (1935-36): (Alas, Fox has blocked Leonardo DiCaprio and Claire Danes's performance from Baz Luhrmann's 1996 film.) For a smackdown between actors speaking Hamlet's "To be or not to be" soliloquy, click here .
19 comments
Read more