Al Pacino to Star in a New King Lear

In addition to the new, Julie Taymor Lear starring Anthony Hopkins, we will soon have a version directed by Michael Radford and starring Al Pacino.
Radford directed Pacino as Shylock in his 2004 Merchant of Venice, and the producer Barry Navidi tells Variety that the new film will be "very similar to the classical look" of the earlier film. 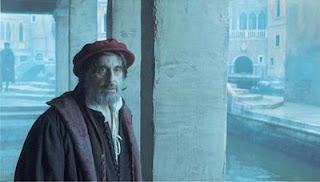