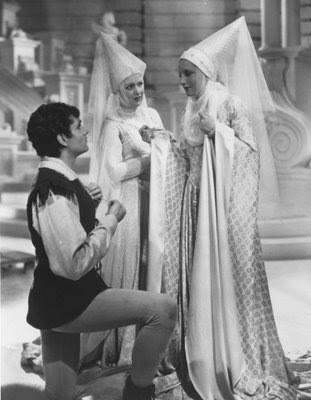 Olivier, Stewart, and Bergner in Czinner's As You Like It.
(Image from the British Film Institute)
1.2: The Wrestling Match
2.7: "All the World's a Stage"
3.2: Orlando's Verses
3.4-5: Phoebe and Silvius
4.1: Orlando and Rosalind (Playing Ganymede Playing "Rosalind")
5.1-2: Rosalind/Ganymede Makes Promises
5.4: The Conclusion
Other